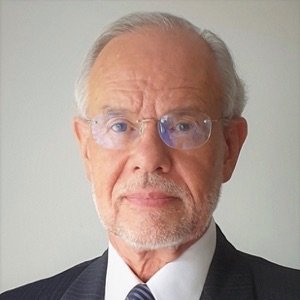 For over 40 years, Yves Kerbiriou has developed a balanced career between Industry and Consulting: having spent +20 years in senior positions mostly in the Luxury industry, he then occupied for the next +20 years senior consulting positions in leading international Executive Search firms.

In Executive Search, Yves held Partner positions in the Paris offices of Ray & Berndtson (now Odgers Berndtson) and Eurosearch (now Exec Avenue) before joining Sterling International/Aiming in 2005. In 2010, he founded his own firm, KFG Conseil.

A graduate of the INSEAD MBA program, Yves holds a BA in Political Science from Institut d’Etudes Politiques de Paris (“Sciences Po”) and a Master of Law from Paris University (Pantheon/Sorbonne). He speaks fluent French and English. He is also a certified Practitioner of MBTI Steps I & II, 16PF6, Cubiks 360° and Strong.

Ready to Start the Conversation?

This website uses cookies to improve your experience while you navigate through the website. Out of these cookies, the cookies that are categorized as necessary are stored on your browser as they are essential for the working of basic functionalities of the website. We also use third-party cookies that help us analyze and understand how you use this website. These cookies will be stored in your browser only with your consent. You also have the option to opt-out of these cookies. But opting out of some of these cookies may have an effect on your browsing experience.
Necessary Always Enabled
Necessary cookies are absolutely essential for the website to function properly. This category only includes cookies that ensures basic functionalities and security features of the website. These cookies do not store any personal information.
Non-necessary
Any cookies that may not be particularly necessary for the website to function and is used specifically to collect user personal data via analytics, ads, other embedded contents are termed as non-necessary cookies. It is mandatory to procure user consent prior to running these cookies on your website.
SAVE & ACCEPT